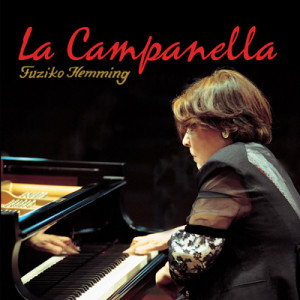 La campanella (Italian: the little bell) is the nickname given to the third of six Grandes études de Paganini (“Grand Paganini Études”), S. 141 (1851), composed by Franz Liszt.  This piece is a revision of an earlier version from 1838, the Études d’exécution transcendente d’après Paganini, S. 140. Its melody comes from the final movement of Niccolò Paganini’s Violin Concerto No. 2 in B minor, where the tune was reinforced by a little handbell. 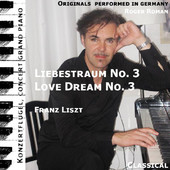 Liebesträume (German for Dreams of Love) is a set of three solo piano works (S/G541) by Franz Liszt, published in 1850. Liszt called each of the three pieces Liebesträume; but, often they are referred to incorrectly in the singular as Liebestraum (especially No. 3, the most famous of the three). Originally the three Liebesträume (Notturni) were conceived as songs after poems by Ludwig Uhland and Ferdinand Freiligrath. In 1850, two versions appeared simultaneously as a set of songs for high voice and piano, and as transcriptions for piano two-hands.