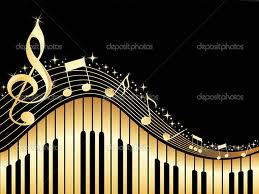 Piano is a musical instrument played by means of a keyboard. Widely used in classical and jazz music for solo performances, ensemble use, chamber music and accompaniment, the piano is also popular as a tool for composing and rehearsal. 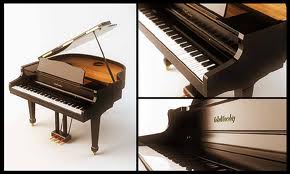 Modern pianos have two basic configurations (with subcategories): the grand piano and the upright piano. 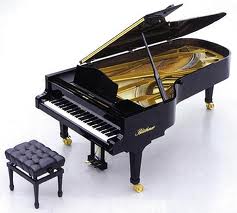 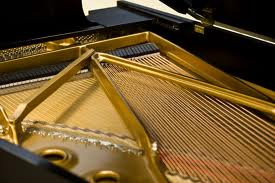 In grand pianos, the frame and strings are horizontal, with the strings extending away from the keyboard.  The action lies beneath the strings, and uses gravity as its means of return to a state of rest. 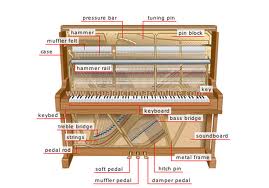 Upright pianos, also called vertical pianos, are more compact because the frame and strings are vertical.  The hammers move horizontally, and return to their resting position via springs, which are susceptible to degradation. Upright pianos with unusually tall frames and long strings are sometimes called upright grand pianos.  Some authors classify modern pianos according to their height and to modifications of the action that are necessary to accommodate the height. 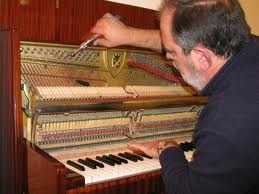 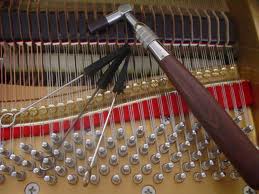 Piano tuning is the act of adjusting the tensions of the piano’s strings, thereby aligning the intervals among their tones so that the instrument is in tune.  The meaning of the term in tune in the context of piano tuning is not simply a particular fixed set of pitches.